Motorola Edge Plus Geekbench listing reveals premium specs, could be the flagship coming at the MWC 2020 Motorola has for the past several years been a major supplier of budget phones in the U.S. The Moto G and Moto E series of phones remain some of the best options for budget spenders looking for carrier-branded or even unlocked devices compatible with all major carriers.

On the other hand, the high-end market is one that Motorola has shied off for the past couple or so years. Last year, for instance, the Moto Z4 came in as a midrange offering.

The year before, the Moto Z3 packed old hardware that meant it couldn’t compete with other 2018 flagships on performance. Going by a string of developments from the recent past, it appears things are about to change this year.

The Lenovo-owned company is already sending press invites for an event to be held on February 23, a day before the MWC 2020 event begins. This event, according to Android Headlines, will be used to launch a Motorola flagship smartphone for the first time in a couple of years.

A few days ago, renowned leaker Evan Blass shared an image of what he thinks Motorola will call one of its upcoming smartphones – the Motorola Edge Plus (Motorola Edge+).

A couple of days later, Blass also shared another photo of a Motorola smartphone with a stylus akin to the Samsung Galaxy Note 10. The image also reveals a hole-punch display, a small chin at the bottom and narrow side bezels.

A closer look at the overall design of the stylus Motorola phone suggests this new device will most likely be another mid-ranger. Going by the latest Geekbench listings, it’s safe to assume the Motorola flagship phone coming at MWC 2020 and the stylus phone are different devices.

The Motorola Edge Plus, codenamed burton, has popped up on Geekbench with a Snapdragon 865 chipset running the show. The SoC is allied to a massive 12GB of RAM, further cementing the claim it could be the flagship Motorola phone coming next month.

In terms of software, the Motorola Edge Plus will come with Android 10 out of the box, which is quite the expectation. Other than these, there isn’t much we can gather from the benchmark that is of benefit to mainstream consumers.

Still, be sure to take this report with a pinch of salt, at least until Motorola goes official with the info above. We will keep you updated.

One Piece chapter 969: Is Shinobu an ally or a traitor? 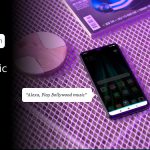 Alexa not responding or icon missing on Redmi Note 8 Pro? You're not alone