YouTube pilot testing new features – to catch hold of how well they’re received by a limited lot before rolling out to masses – is nothing new. And reports about one such much-demanded feature – which is currently available for the Amazon Prime subscribers on Twitch – are now surfacing.

Yes, it’s the free monthly channel subscription. Some Premium members in regions like Australia, Germany, Canada, and Norway are getting to see a notification that teases to chose 1 free channel (that has a value of up to $5.00) for the month.

Hold your excitement as the feature has shown up only for limited YouTube Premium members, and isn’t reportedly working as it should for those who see it. The minuscule number of Premium members who’ve received the pop-up say they were not able to subscribe for free.

Rather they’re being asked to pay $5. Take a look at how some of them put this:

So when I logged in on Youtube a small window said I have a free channel membership I can join (worth $5) but when I choose one of my subscriptions it still wants me to pay. So what was this? A lie, bugg or will it not charge me when i click Pay and enter my digits for my card?

Same for me in Canada. I received the offer, completed the subscription and it billed my credit card for 5 bucks. Wtf? 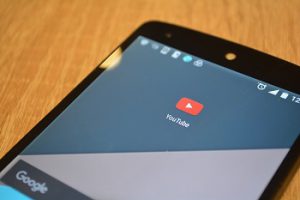 YouTube is presumably testing the feature right now, because of which it is showing up to select Premium members and not even functioning as described.

Anyway, for now, those who’ve been requesting this feature can at least feel happy considering that YouTube is at least thinking about a perk like this. Whether or not the feature will make to Premium members globally, well, that’s still questionable. But it’s at least being tested for now.

Next article Motorola cautions for foldable Razr in latest video, says “bumps and lumps are normal”

Previous article One Piece episode 919: Caribou appears – the key to the alliance’s success