Custom ROM fans will be quick to tell you about how essential the Open GApps project is to their modding endeavors.

For those not in the know-how, the Open GApps project merges key Google services such as Play Services and Play Store, Gmail, YouTube, and more in a single recovery-flashable package that makes it is easy to get the apps on your customized phone in one go.

One interesting feature about Open GApps is the number of variants available to match just about every Android OS version on multiple platforms. This is what makes Open GApps stand out in a pool of other GApps packages out there.

Furthermore, the tools used by the Open GApps project to create the flashable packages are open-source, which also makes it easier to frequently update the available builds.

In a recent build 2019-12-04 that came out last week, it seems Open GApps users are experiencing a massive bug that is causing devices to bootloop or send others back to TWRP recovery.

Same issue with the 20191204 build booting back to recovery after being flashed with latest LOS 16.1 Nightly. Fixed by restoring the previous good Nandroid backup and then dirty flashing the same LOS Nightly build.
Source

Since the issue is affecting build 2019-12-04, one way to address it is by deleting the affected build and downgrading to the previous build that worked without issues.

Apparently, the Open GApps bug is as a result of some Digital Wellbeing permissions, but on the brighter side, the issue has now been addressed in build 2019-12-05 and newer.

Google Connectivity Services and Digital Wellbeing apps were updated recently and require these new permissions whitelisted. Without them it causes boot failure on roms that enforce privileged permission whitelisting.
Source

Looks like a similar bug has appeared again, as recent Open GApps packages (from January 22) are reportedly causing bootloops. Older builds (January 17 or earlier) are unaffected.

The developers are aware of the issue, and it should be fixed “during the weekend“. You can find related discussions in the r/LineageOS sub-reddit as well. 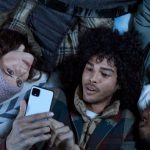 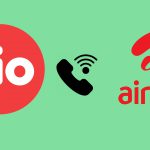