Smartphone cameras have evolved and thanks to the brilliant quality of images they can capture, there is no need to carry a separate professional camera (like a DSLR) for that purpose.

Pixel 3 XL is the smartphone that pops-up in my mind when it comes to exceptional smartphone camera performance. In fact, it is is still regarded as one of the best camera smartphones till now. All thanks to Google’s brilliant image and software processing, with just a single lens, Google achieved something which other brands even with multiple lenses, could not achieve. Cut to now, a new version of the Google Camera has been pushed – with version 7.3 – to a limited number of users.

According to XDA, although there are not many changes, what grabbed their eyeballs is that there is a new listing called “Do Not Disturb access needed” under the camera settings which appears when the user has not granted do not disturb access to the camera app.

Granting ‘Do Not Disturb’ access stops notifications when you are recording videos, to avoid the disturbance caused due to the vibrations. Matter of fact, some more interesting features were revealed after the APK teardown done by XDA.

In the strings.xml, there are two strings that suggest that Google may bring in a new FPS set in the camera app for Pixel devices. Note that Pixel 4 can record 4k video @30fps.

However, looking at the two new strings, it hints that a 24fps setting might soon be arriving for the Pixel devices. Well, if you are into videography, this information may excite you as 24fps is the standard for movies and television videos.

XDA has previously revealed the possible codenames i.e. sunfish, redfin, and bramble, for the upcoming Pixel phones in 2020. Sunfish is expected to be powered with Snapdragon 730 while the Redfin and Bramble are expected to rock 5G-capable Snapdrongon 765.

What is more interesting is that the codenames spotted next to a string named ‘pixel_20_mid_range‘ in the latest Google Camera V7.3, hint that 24fps feature is indeed for the upcoming Pixel phones in 2020 (could be Pixel 4a or Pixel 5).

But, note that the features discovered in the APK teardowns are just a mere indication of the new features that the smartphone developers are working on and do not necessarily mean that it will make its way in a future release.

However, if you are interested in testing out the new version of the Google camera v7.3 then, you can download the app from the below link: 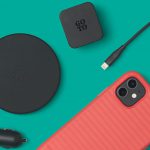 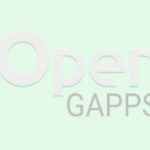