Apex Legends : Peacekeeper reload after every single shot bug is troubling many players

When it comes to Battle Royale games, Apex Legends is one of the best games that are available in the market. The game was released in February 2019 & since then it has been running strong. The game wad released silently with no official trailer.

Apex Legends became so popular that it garnered 10 million players within just 72 hours of its release. Currently, the Grand Soirée Arcade event is live in the game. The event features different types of LTM & the event will stay live until January 28. 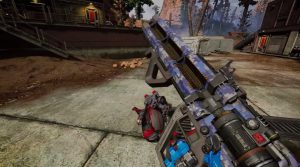 Apex Legends players are currently facing an issue with the Peacekeeper weapon. The Peacekeeper weapon requires to reload after every single shot. This bug is currently troubling many players & they have taken the route of forums to express their concerns. Have a look at a few comments down below. Respawn seems to be unaware of the issue currently. We certainly hope that the issue will be resolved very soon. We are keeping a close tab on this issue & whenever any update will arrive from Respawn, we will update the information. 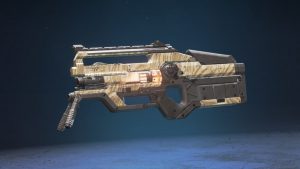 For a quick refresher, Apex Legends Season 4 is also about to arrive soon. The latest season of Apex is going to introduce a new legend Forge to the game. Forge uses his size, strength, and heavy-duty Shatter Gauntlets to batter his opponents into submission.

It is also going to add a new sniper rifle, Sentinel. It is a weapon which cut through enemies’ armor before they ever see you coming with this bolt-action sniper rifle. Let us know in comments if you are excited for Apex Legends Season 4.

Next article One Piece episode 919: Caribou appears – the key to the alliance’s success