Many smartphone users would have come across a situation where they are listening to music (via Bluetooth), but had to turn on Airplane mode for some reason. This, even if they don’t want, disconnects Bluetooth as well.

Thus, to continue listening to music, users have to turn on the Bluetooth to reconnect their headphones or speakers.

Last month, there were reports that Google may change this irritating Airplane mode behavior by making it smart enough to recognize if you are using Bluetooth on the device. An AOSP Gerrit entry referencing a new “Context-aware Bluetooth airplane mode” was also spotted. 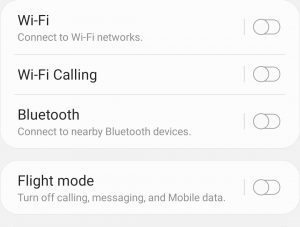 As per the description of commit, Airplane mode won’t turn off Bluetooth under following conditions – when Bluetooth A2DP is connected and Bluetooth Hearing Aid profile is connected. A2DP or Advanced Audio Distribution Profile helps to transfer audio from a Bluetooth device to a phone.

Most phones currently support A2DP. Bluetooth Hearing Aid profile, on the other hand, helps those with hearing aids to connect to phones and other devices wirelessly.

In all, is it believed that the context-aware Bluetooth airplane mode would end the annoying Airplane mode behavior. Means, when you turn on the Airplane mode, the new behavior would check if you are using headphones or hearing aids with the phone. If yes, the system won’t disable the Bluetooth.

However, despite the commit last month, it wasn’t clear at that time if the feature – context-aware Bluetooth airplane mode – would make it to the Android R (Android 11) as the commit was not merged. However, we now know that the commit has been merged and it seems, we would see it in Android 11. This would surely come as a relief to many smartphone users, especially those who are frequent flyers.

This feature is available in the first developer preview of Android 11/Android R. Details here.