Realme has been making quite a few headlines ever since a spectacular last year. Cut to now, another leak has surfaced the internet regarding a new and upcoming Realme smartphone.

The rumored AnTuTu image is now making the rounds of the internet where a new Realme smartphone with model number RMX2071 has recorded the highest benchmarking scores.

The device can be seen breaking all previous AnTuTu records attaining a record score of 574985. The rumor mill is hot with this info and it is expected that it could be the Realme X50 5G Pro with Snapdragon 865 processor.

As per the famous leakster, Digital Chat Station the next Realme device will likely have a Snapdragon 865 and punch hole camera on the upper-left corner. However, this does not go in-line with the Realme X50 5G phone that sports a dual punch-hole display.

You can check out the Weibo post below (translated from Chinese):

Realme’s new Snapdragon 865 is also a single hole in the upper left corner. It seems that in addition to Huawei, most new machines have chosen a single hole solution with a higher face value.

But, it can be the same device (the one that has attained the highest score on AnTuTu and the one that Digital station is talking about as both are SD865 devices) with some design changes.

Moreover, Realme is expected to launch a new 5G enabled flagship device in the upcoming MWC 2020 event in Spain. And since the company’s first 5G enabled phone, the Realme X50 5G is only available in China at the moment, the device might get a global launch.

So, it is possible that this new phone could be the Realme X50 Pro 5G with top-of-the-line specs and features. But, all these are based on mere speculations and we cannot confirm anything until something concrete comes our way regarding this matter.

In the meantime, you can check out our dedicated Realme section for reading such similar stories surrounding Realme smartphones.

Thanks rootmygalaxy for the tip. 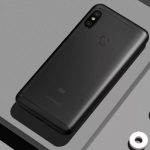 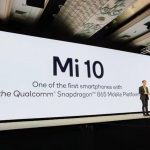