Pokemon Go has started to receive a new update & the latest update to the game has fixed many major bugs. The latest version of the game bears the version number 0.165.0 & it brought many enhancements to the game.

There is a introduction of new ways to engage in Trainer battle under the latest update. Pokemon Go version number 0.165.0 has fixed an issue where Buddy walk distance could display a negative value.

Also, players will now be able to feed berries to a buddy on a rotated device. There is also an improvements to the Pokemon Go Plus automatic disconnect function. Many AR mode related issues have also been fixed in the latest update. You can check the complete patch notes down below. 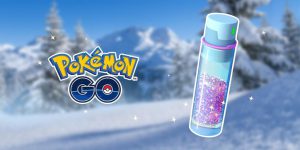 For a quick refresher, Pokemon Go was released in 2016 and since then it has been running strong. It has been one of the best-augmented reality games that are available on the planet. It has a player base in millions & has garnered $1.4 billion in revenue in 2019.