Cost-effective Samsung Galaxy A01 will make it to the US market, confirms FCC certification

Samsung unveiled the Galaxy A01 in December 2019. The device features a 5.7″ display and a 3000 mAh battery with 16 GB storage. All this is coupled with 2 GB of RAM. This device is confusing. We still don’t have specifics on certain aspects of its internals, like the chipset. Don’t get me started on the naming convention.

The US market has had a weird relationship with Samsung’s mid-range portfolio. Only recently have the Galaxy A-devices made their way into that market. New reports suggest that the Galaxy A01 will make it to that market after all. 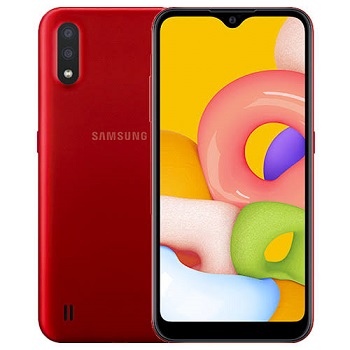 Little information is available about when this device will be unveiled or where it will be sold. However, according to SamMobile, FCC certifications have revealed that the Galaxy A01 will indeed be available in the US.

The reports indicate that both the SM-A015V and SM-A015T1 model numbers in the FCC certification will be sold in the US. These are expected to be the Verizon version and the T-Mobile prepaid Metro PCS version, respectively.

The Galaxy A01 is rather similar to the Galaxy A10e, which is the most affordable A series phone available in the US right now. This means that even the Galaxy M10, as lowly spec-d as it is, has this device beat. Samsung is one of the biggest OEMs on the planet for a reason. The Korean tech giant has covered all bases as far as the smartphone industry is concerned.

We are talking everything from the futuristic Samsung Galaxy Fold to the sleek Galaxy S10 family of phones, through the Galaxy A and Galaxy M midrange phones, all the way to the entry-level. It will be interesting to see how this device performs in the US market.