Samsung is quite busy with the upcoming launch of its flagship Galaxy S20 (S11) about which a lot of rumors and leaks have surfaced the internet.

Along with the Galaxy S-series, the Korean OEM is also expected to unveil the Galaxy Z-Flip phone which is touted to be a direct competitor for the last year’s Moto Razr.

In another development, according to a Samsung official, Samsung’s future smartphone might come equipped with video chat service for which, talks between Google, mobile carrier SK Telecom and Samsung is underway.

In fact, this video chat service supported by Google’s Android system is expected to come bundled with the soon to be releasing Galaxy S-series and Galaxy Z-Flip smartphones. The plan is to merge the current RCS feature along with Google DUO in the upcoming Samsung Galaxy devices which would be free of data charges and would compete with already existing services like WhatsApp and KakaoTalk.

The Samsung official commented that:

Considering the trend of young users preferring video chatting, talks are underway to enhance the current RCS by connecting it with Google DUO.

If this plan comes into effect, users would be able to use the video chat services on their Samsung devices along with the default messaging service which will be supported by carriers like SKT, KT and LG Uplus.

Moreover, it was previously hinted by SK Telecom’s CEO, Park Jung-ho at CES 2020 that Samsung’s foldable phone might come with the video chat service.

It will be interesting to see if Samsung comes up with this feature on its soon to be arriving Galaxy Z-flip. Matter of fact, a Samsung official has told the Korean Herald at CES 2020 that, there will be various types of other foldable phones under the Galaxy Z series. 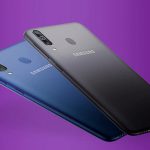 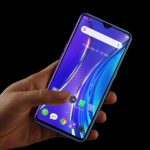