Samsung is one of the biggest phone makers on the planet today. Despite being at the bleeding edge of tech and current smartphone trends, the company tries to cater to other market segments. Samsung has some of the best mid-range devices in the market today.

The official Wi-Fi networking website, Wi-Fi Alliance, has just listed a number of new Samsung devices. These devices support both 2.4 GHz, and 5 GHz wireless networks, and they belong to the Galaxy A11 and M11 series.

Little more is known about these upcoming devices other than their names and storage options. Recent leaks suggest that we might see these devices powered by the Exynos 9610 and 9611 chipsets. None of these has been confirmed though.

There have been reports that Samsung is expected to launch two budget smartphones in the month of February. From the information above, we see that all these devices run on Android 10, most likely skinned with Samsung’s own OneUI 2.0.

An educated guess would be that these are the rumored devices. However, it is not guaranteed that a device being means it is going to market soon.

Industry specialists speculate that in terms of design, we shouldn’t see much change in the upcoming devices from the current generation. However, there have been reports that Samsung may provide an extra color, new purple options for the Galaxy M11.

We will keep an eye out for the rumor mills as the devices approach their release dates. 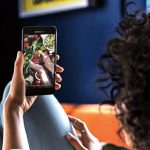