When it comes to the augmented reality games, Pokemon Go is undoubtedly the best mobile game on the planet. The game was launched in 2016 and since then it has been running strong. The game has managed to garner $1.4 billion in revenue in the year 2019.

But over time, Pokemon Go has also got plagued by cheaters & hackers who use modified clients to move their character to the desired location on the map and do in-game tasks easily. Niantic has taken several measures to curb these incidents in the past & has also banned many players.

But hackers and cheaters always keep innovating some ways. This time Niantic has decided to treat cheaters with Red Slash on Pokemon which has been obtained through cheating. Well, it seems like Red Slash has returned and cheaters won’t be able to use Pokemon which will get red-slashed. Have a look at the image down below from the Pokemon Go forum, thesilphroad which suggests its return. 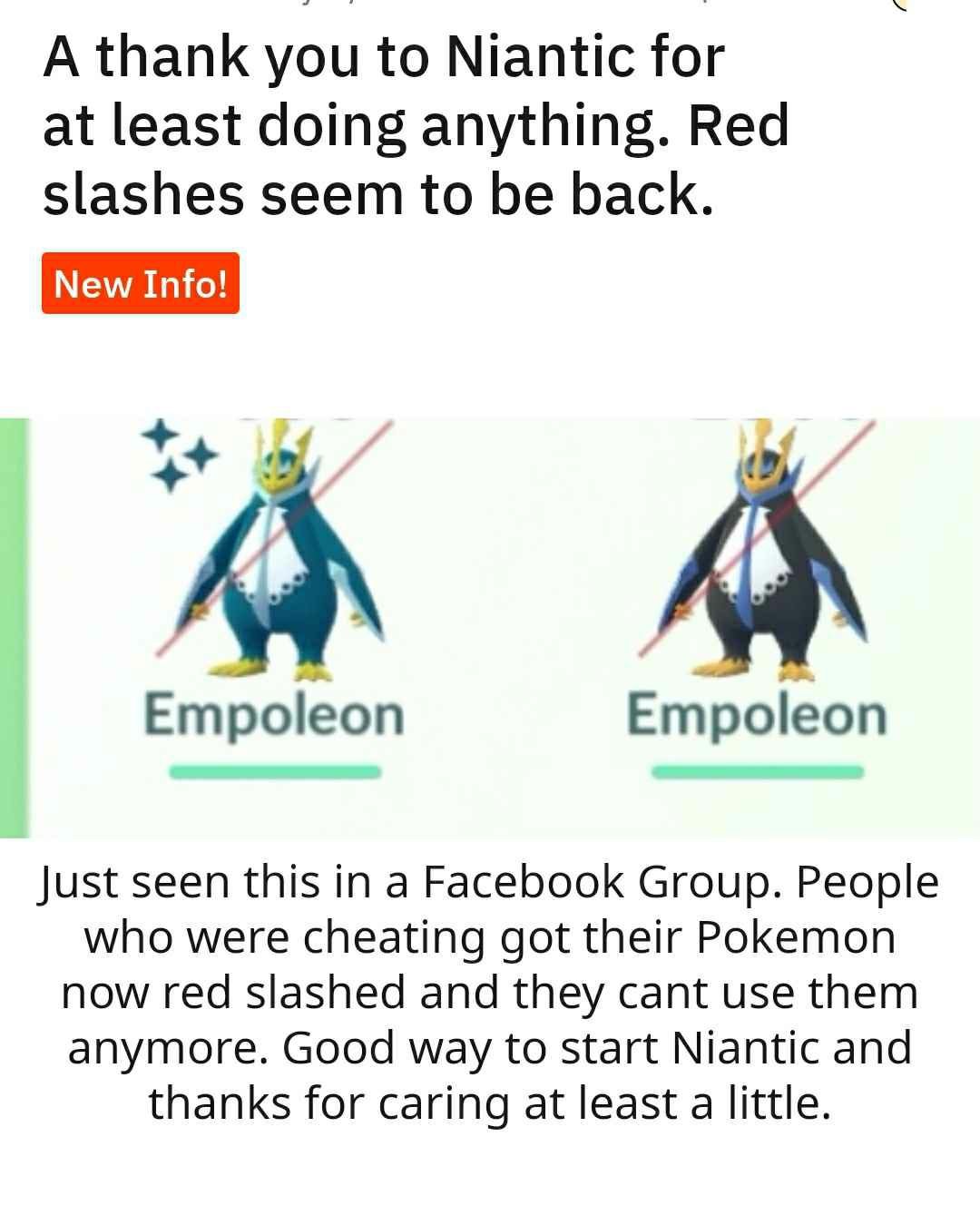 However, according to official Niantic website, to curb down on cheating and spoofing, Niantic follows the Three-Strike Discipline Policy. Niantic defines cheating as behaviors that violate the Pokémon GO Terms of Service and Trainer Guidelines, such as falsifying location (GPS location spoofing) and accessing Pokémon GO clients or backends in an unauthorized manner, including through the use of third-party software or add-ons. Mentioned & explained below are all the actions taken by Niantic under Three-Strike discipline policy.

If this strike is issued, you will see a warning message within the Pokémon GO app informing you that we have detected cheating on your account.

In addition to this warning, your gameplay experience may be degraded in the following ways for the duration of the warning:

This strike will last for approximately 7 days. After this period, your gameplay experience will fully be restored.

If your account is issued a second strike, you will temporarily lose access to your Pokémon GO account. When attempting to log into the game, you’ll be presented with a message stating that your account is suspended. You will not be able to bypass this message.

If you receive the first and second strikes and continue to cheat, your account will be permanently banned.

Previous article [NavStar gains support] Samsung Good Lock will be supported on the official One UI 2.0 (Android 10), not the beta versions