Poco recently released a ‘Season 2’ teaser video from their official Twitter handle that gives us a glimpse of the innovative steps the company took for the Poco F1 and they are set to take those steps again.

#POCOIsHere and it'll give chills to others. IYKWWM 😉
Season 2 is live now! Brace yourself for the impact. pic.twitter.com/wJPWgDgwCn

This tweet came after it was officially announced that Poco will now be a separate brand and will handle all of its operations, research, and development independently of Xiaomi.

In fact, today, we have reported a leaked image that has surfaced the internet that showcases the CPU specifications of the alleged Poco F2 device running Android 10. Going by leaks that have surfaced so far, Poco X2 was also spotted on the Geekbench listing previously, sporting 8GB of RAM with a multicore score of 1767, pointing that a new Pocophone is in the cards.

All these rumors are bound to get the fans excited, as they have been waiting for the next-gen Pocophone for quite a long time. But, amidst all of this excitement one user decoded very important info out of the teaser video.

In the observation, the user noticed that the name of the alleged Poco F2 could be Poco X2. This hidden info that was spotted by the eagle-eyed @UdayChepoori. Check out the image below:

From the above image, it is pretty much clear that, Poco wanted the fans to observe this secret message out of the video, which none of us were able to decode until it was noticed by @UdayChepoori.

It is pretty clear that the company wants to change the name set for its next-gen device to Poco X2. All the rumors and now this secret message points that Poco X2 is arriving pretty soon.

We will keep you in the loop until we have more information in this regard. Let us know your thoughts if you were able to spot this important message in the video or not.

In a new development, Poco X2 leaked images have again surfaced the internet showing hands-on images of the device. It is now (unofficially confirmed) via xiaomi.eu contributor Kacper Skrzypek (aka kacskrz) that it could be the rebranded Redmi K30 for India. You can read the full story here. 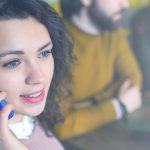