Micro-blogging service Twitter pushed an update to the Android app a few hours back bumping version to 8.28. But those who updated to the latest stable version have been complaining about the app crashing right on launch. Here are some reports from the long string of complaints for you to take a quick glance at:

Something is causing my Twitter app to crash, after I updated it just an hour ago.
source

Apparently there’s an issue with the last Twitter update on Android that’s causing it to crash on startup. Don’t think there’s a way to fix it outside of waiting for Twitter to push out another update.
source

Here’s a gif shared by one of the users that showcases the crash.

There are some users confusing this crash issue with Twitter down and not working. But let’s be clear, that’s not the case. What’s appeasing is that Twitter is aware and has officially acknowledged the issue. Here’s what Twitter support has to said while confirming the issue:

We’re investigating a problem with the latest version of our Android app that causes it to crash immediately once it’s opened. If you use Twitter for Android, we suggest not updating it until we let you know it’s fixed. So app users being are suggested not to install the buggy update. While the issue gets resolved, going by reports, a workaround that seems to help is to reset or clear the storage in settings. Here’s how a couple of users put this:

But I manage to fix it. Go to your phones settings, then go to Apps – > Twitter – > Storage – > Clear Cache & data and you should be sorted

Latest version of Twitter Android app update cause app to crash on startup, reset storage settings seems to fix it.

Also, uninstalling and reinstalling the app did the trick for some. So give these workarounds a try and see if the crash glitch gets resolved for you. And yes, don’t forget to let us know. 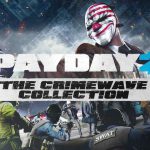