Xiaomi’s skin, MIUI, currently in its 11th edition (MIUI 11) is a favorite for many. And rightfully so. Despite being a little too feature-packed, it is one of the more refined skins around as it is one of the oldest as well.

MIUI 11 was first unveiled on October 16, 2019, and a good number of Xiaomi devices have been updated since. Most of these devices are still based on Android 9 Pie.

The head of MIUI experience, Jin Fan, recently announced on Weibo, the latest progress in the development of MIUI 11. According to him, these include developments in dark mode and desktop animation and gestures.

As mentioned, the two new changes are centered around dark mode implementation and animations/gestures.

As reported by IT Home, the global reverse color of the dark mode is being tested on the Xiaomi Mi 9 development version. The effect is rather impressive. However, details and color grading can be improved. This feature should be available to more development versions later this year.

The enhancements in animation and gestures have also been in beta testing. Feedback from users who had access to the beta has been positive. While there are still some kinks to be ironed out but it should also be available for the development version later this year.

With the enhanced dark mode, in addition to the system application, the third-party application interface will also be adjusted to a dark color to implement the “global night mode”. This means that on activation, the entire UI is switched to dark mode, regardless of whether an app has been optimized for the same. 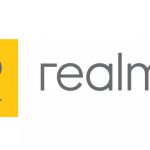