When it comes to off-road racing games, Dirt Rally series is very popular worldwide. Dirt series started with Colin McRae Rally game in 1998 and since then 13 Dirt titles have come to existence. Dirt Rally 2.0 comes under the racing simulation genre.

Dirt Rally 2.0 game has been developed and published by Codemasters. The game is available on all the popular platforms which include the following: Microsoft Windows, Xbox One and PS4. The game was released on February 26, 2019, and the game can be enjoyed in both single-player & multiplayer mode. The game focuses on rallying & rallycross. In the game, players compete in time staged events on tarmac & off-road terrain in varying weather. Dirt Rally 2.0 patch 1.12 will add a lot of new content to the game. Three new cars, Mini Cooper SX1, Renault Clio R.S. RX, Ford Fiesta Rallycross (STARD) will be available from January 28 for players. You can check the complete patch notes down below. 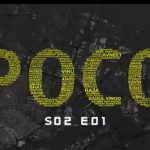