If you are the owner of the 5G MacLaren variant of the OnePlus 7T Pro then there is a new update available for you. Notably, one of the major US carriers, T-Mobile has pushed in the December security update.

The update along with the December security patchset also tags along with the GPS bugfix which was reported by a lot of users on the Reddit platform.

Several users have reported that while using the location app on their OnePlus 7T Pro 5G McLaren smartphone, the GPS could not detect their movement.

Below are a few of the user complaints about this issue:

When using Google maps for navigation on 5G it’s seems to not detect I’m moving. I’ll be driving and notice that my position hasn’t updated, my speed shows 0mph and that I haven’t moved while driving down the freeway. Eventually it will catch up, but I’ve missed many exits and turns because of this…Switching my phones preferred network type to 2G, 3G, LTE (automatic) resolves the issue completely..
Anyone else experience this? Any suggestions?

I’ve been trying to figure out why the GPS is finicky on this phone but I am at a loss. I can not connect to Waze, my gmaps is unusable if I turn off Bluetooth/WiFi scanning. I downloaded GPS Test, and it barely locks, if at all. I tried clearing and downloading the AGPS info, which also did not help. Turning adaptive battery off also did not do much.
Just for my own curiosity, I stuck a Note9 next to the phone, with both having GPS Test opened, the Note9 got almost an instant lock on, with using 15\30 satellites and the 7T pro only showing it using 0\10.
Anyone else have a GPS issue? I would really hope it’s a software issue and not a widespread hardware issue.

So I’ve seen at least one other mention of this in relation to waze but has anyone noticed the GPS on the McLaren edition 7T pro to be complete trash ?
It’s completely unreliable and dare I say unusable. Waze never even connects to GPS.
Google maps barely works. GPS related apps can’t get a lock.
To top it off I’m yet to connect to a 71 antenna and a friend of mine with a regular note 10+ (non 5g) ended up getting much faster speeds during a speed test than I did.
Love the phone, was really happy with my 7 Pro but the GPS kind of makes it a deal breaker.
Unless by chance I got a defective phone or I might be going towards a Note 10+ 5G, haven’t seen anything there yet.
Anyone?

And finally, a new bug fix update has been pushed for the T-Mobile OnePlus 7 Pro 5G McLaren users. Talking about the update, it arrives with the version number V10.0.19.HD61CB and weighs in around 104.2 MB in size.

You can check out the official changelog of the update along with the screenshot of the same:

Note that the update is being pushed via OTA in batches and will take some time in hitting all the units. So, if you are the owner of the OnePlus 7T Pro 5G McLaren edition then, you can head to the Settings menu for manually checking the update. 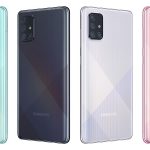 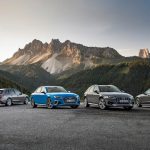