Nothing can be more devastating for gaming fans apart from their favorite game’s server shutting down. And if you love the Mobius Final Fantasy game then, this piece of news might bring in a bit of disappointment to you.

According to an official source, the Mobius Final Fantasy’s service will shut down on June 30, 2020. This announcement was made on the official website, a couple of days back. Players are also being notified that the game server will be shut down in June, right after the ‘Warrior of Despair’ storyline will come to an end.

For those who do not know, Square Enix launched the game back in 2015 in Japan, and later it came out globally in August 2016. It is an episodic role-playing game where players can use in-game currency to ‘Magicite’ for purchasing collectibles. You can check out the official statement made in the announcement, below:

Thank you for playing and supporting MOBIUS FINAL FANTASY throughout the years.

After many difficult discussions, Square Enix ended service for the Japanese version of MOBIUS FINAL FANTASY in December 2019, after the Warrior of Despair story concluded.

Service for the global version of the game will continue until the Warrior of Despair story has concluded on June 30, 2020, at 6:00 pm PDT (UTC-7), at which time service for it, too, will end.

Moreover, the announcement also shared information about the full schedule until the servers will shut down on June 30.

According to the above-mentioned timeline, players got the notification on January 15. Following that on March 31, the sale of ‘Magicite’ on the global version of the game will end. And finally, on June 30 the Mobius Final Fantasy services will end.

Sadly, players who invested real money into the game might feel the pain a bit more. Besides, Square Enix is allowing the player to buy Magicite or invest money till March 31. Disappointed after reading this news? Let us know what are your thoughts regarding the shutdown of this popular game. 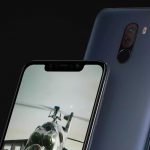