Although foldable smartphones haven’t gone trending yet, companies are actively researching in this arena to come up with something enticing. Huawei already went a step further by unveiling their first generation foldable Huawei Mate X in February last year.

It took them around 10 months to bring the device in the market for sale. Even before that, in an event held at Shenzhen, the OEM confirmed the arrival of the second generation foldable phone. Dubbed as Mate Xs, it will likely to sport Kirin 990 chipset.

Now, the release is imminent as the gadget grabbed MIIT certification. In case you don’t know, it implies Huawei Mate Xs received the green flag from Chinese Ministry of Industry and Information Technology. You can see a screenshot of the official page below.

To recall, the same phone with the codename Huawei TAH-AN00m grabbed 3C certification about two weeks ago. FYI, China Compulsory Certification (CCC) is similar to other certifications for product quality standardisation.

Taking the speculations into consideration, the giant device will come equipped with 65W fast charging. And, the presence of Kirin 990 inside ensures 5G connectivity. Although the manufacturer teased its chipset, they didn’t break their silence when it came to other specifications.

Going by the previous citations, Huawei Consumer Business CEO Ricard Yu told the media that Mate Xs would go public at Mobile World Congress 2020, which will happen during 24-27 February in Barcelona. Well, we need to wait a month more to see if it’s really going to happen.

Thanks Debayan Roy (GadgetsData) for the tip!

Note:- Want to know everything happening around Huawei? Don’t go anywhere but here. 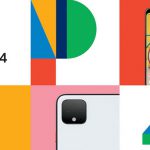