In the recent past, we have seen a rise in Gaming smartphones. These are devices that throw caution to the wind and go in the exact opposite direction of mainstream flagships.

While other devices strive to be thin, light and sleek, these gaming phones are rugged and beefy, often with top tier specs and a huge battery to go with. One such device is 2019’s ASUS ROG Phone II.

The Asus ROG Phone II was first unveiled in September 2019. On paper, this device is an absolute beast. It is powered by the Snapdragon 855+ and comes with a rather generous 8/12GB RAM. Storage starts from 128GB and goes all the way up to 1TB.

In the camera front, the ROG Phone packs a 48 MP, f/1.8, 26mm (wide) and a 13 MP ultrawide sensor. If you’re buying a ROG Phone II, you’re certainly not doing so for its camera. But its good to know your device can do well.

DXOMARK, a website that prides itself as being “an independent benchmark that scientifically assesses smartphones, lenses, and cameras” took the ROG Phone II for a spin and the results aren’t bad.

DxOMark awarded the ASUS ROG Phone II an overall score of 95. The score was an average of the 97 points it scored for photo and the 92 points for video.

With this score, the ROG Phone II earns itself a spot amongst the top 50 smartphone cameras in DxOMark’s database. For a device that is primarily targetted at gamers, this is a very impressive fete.

The areas where this device’s camera fell short include a strong color quantization in dark areas. Target exposure and white balance instabilities were noticeable in the shots tested. In high dynamic scenes, ghosting was often visible.

The review continues to add that ROG Phone II’s biggest drawback is its inconsistency. This means that there can be obvious differences between photos shot in a series. There are also unpleasant frameshifts in video footage from this device.

As mentioned, the Asus ROG Phone II is targeting gamers, not photographers or videographers. Having a camera that is able to hang with the big dogs is an impressive achievement for ASUS. However, the device still performs worse compared to its older (and less expensive) Zenfone 6 sibling.

NOTE: We have these and more ASUS stories here. 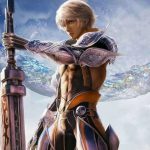 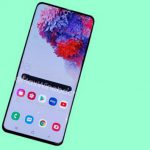