Google’s Android Pie update came with a new feature that prevents apps running in the background from using the camera. This is specifically to apps with permission to access the camera, for instance, WhatsApp, Instagram, Twitter, Facebook, Paytm and so on.

This feature ensures that you don’t live in fear of malicious apps (that remain active in the background when your screen is turned off) capturing potentially unwanted scenes of you or your loved ones without authorization.

To better ensure privacy, Android P restricts access to mic, camera, and all SensorManager sensors from apps that are idle…Cameras used by your app are disconnected and will generate an error if the app tries to use them.
Source

As usual, various device vendors pick up the features introduced by Google and either stick to them or tweak them to their own liking while maintaining the core functionality.

One such vendor is Xiaomi. Through its in-house MIUI, Xiaomi is able to make tweaks to Android features to suit their idea of how Android should work.

However, it seems the company might have just been a little too aggressive with the latest MIUI 11 optimizations with respect to apps using the camera when in the background.

As noted, Android Pie came with restrictions that prevent idle apps from accessing the camera. In case an app tries to access the camera while in the background, users get notified.

In the latest MIUI 11 update, multiple users say they keep getting an annoying notification that a certain app is using the camera in the background. Apps affected are WhatsApp, Facebook, Twitter, Instagram, Paytm and probably many others with camera permissions.

Why is @WhatsApp using my camera in the background?

A quick search on Google search, Mi forums and Twitter reveals more people are still reporting this issue on their Xiaomi devices, some on the latest Android 10 while others are still on Pie. The common factor, though, is all have MIUI 11 installed, which is likely the culprit here.

What’s even more annoying is that you cannot just simply dismiss the notification from the shade like any other notification. The only way to remove it is by actually killing the background app that is accessing the camera.

If this is a change made by Xiaomi and is turning out to be annoying, the company may have to fix it and at least revert to the older, slightly less aggressive settings. But we don’t know when.

For those experiencing this issue, at least you know why (yeah, it’s not a bug) and how to temporarily fix it.

Samsung Galaxy S9 One UI 2.0 (Android 10) update might be delayed, as January patch arrives on Pie 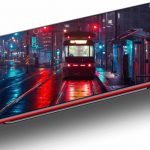