Jailbreaking is the Swiss Army Knife for the iOS/iPadOS users because it solves almost all their complaints about the native platform. But we can’t see it as an entirely legitimate way to tackle the concerns. You know why! Apple always wants to strengthen their barriers.

About a month ago, a number of jailbreak tweak release posts on Reddit had to overcome DMCA takedowns as a part of what first seemed as a sudden move from Cupertino. Turns out, the origin of the affair was an unauthenticated source and the posts were revoked.

One of the main reasons users desire to have a jailbroken iDevice is its capability to have third-party applications. A brand-new handset doesn’t come with this functionality out of the box. To reminisce, we shared with you AltDeploy, which is a Cydia Impactor alternative.

While AltDeploy entered for macOS, AltServerPatcher made its way to Windows platforms. Both used to work splendidly for those who want to install third-party apps from IPA files. Sadly, not anymore!!

Going by a Reddit post that spiked on our radar today, plenty of Cydia Impactor alternatives are not working now. The pioneer already stepped into demise and that paved the way for the successors. Looks like even the newcomers couldn’t save the jailbreaking arena.

It’s been two days since I first heard of AltServer, awesome stuff, it’s a shame I’ve only enjoyed for one day or so???
Damn Apple
(Source)

The official Twitter handle of AltServer has acknowledged this issue by calling it an aftereffect of a server-side change made by Apple. Moreover, they have made it clear that Mac users should be able to use the tool without any issues.

⚠️ Looks like a recent server-side change by Apple has broken AltServer for Windows. We’re working hard to release a fix ASAP, but in the meantime Mac users should be able to continue using AltStore normally. Very sorry for the inconvenience!
(Source)

You can find many more outcries from users on different social media channels (1, 2, 3). So yeah, from the looks of it, the menace emerged from Cupertino. You can stay tuned to this story for getting to know further progresses on this issue.

Note:- Interested in jailbreaking stories? Have a look at our iOS section. 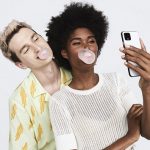