PUBG is one of the best battle royale games that is available in the market. PlayerUnknown’s Battlegrounds was developed and published by PUBG Corporation. The game is more popular in the Asian region and it is actively played by millions of players each day.

PUBG was released on March 23, 2017, and since then the game has been running strong. In the period two years, the game has received several updates and enhancements. Tencent and PUGB Corporation has released a new update for the game and it bears the version number 6.1. However, the update is currently live on the test server, but it will soon make its way to the live game. 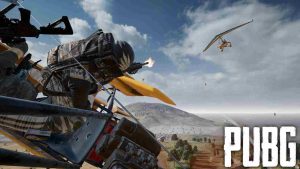 The latest update to the game has brought many new elements and features to the game. PUBG update 6.1 has added a new 2×2 map, Survivor Pass: Shakedown, throwable Sticky Bombs. The game update 6.1 is also bringing in many enhancements and bug fixes to the game.

Speaking of the new map, Karakin, it is a 2×2 km island off the coast of Northern Africa. It’s an arid, rocky environment that provides wide-open terrain and challenging engagements.For more information regarding the update,you can check the complete patch notes down below. Karakin is a 2×2 km island off the coast of Northern Africa. It’s an arid, rocky environment that provides wide-open terrain and challenging engagements. It’s small, fast, and dangerous: Expect the tension of Miramar combined with the pace of Sanhok. Karakin is a 64 players map.

Players should expect long distance rifle engagements in the mountains, tactical urban conflict, and claustrophobic underground combat. And with the introduction of the Black Zone, Karakin reveals its twist: a map that’s layout changes every match.

Our new hazard, the Black Zone only available in Karakin, levels buildings into smoking ruins. The Black Zone is designed to push players out of the safety of a building.
The hazard is random: towns and compounds can be undamaged, totally flattened, and everything in between.
The mix of buildings and ruins evolves in real time throughout the match: Meaning don’t always expect that building you run to for cover to be there late in the match.

Remember, if you hear the siren, and you are inside that purple circle on the minimap- evacuate! Buildings destroyed by the Black Zone will be marked with X on the minimap.

And for explorers, we’ve hidden many secret areas for those players with a spare Sticky Bomb or two, and a keen nose for loot. Finally, to make interior gun fights a little more interesting, we’ve added bullet penetration to our weakest walls in Karakin. Getting brief glimpses of your enemies through damaged drywall, and deciding to take the fight or regroup- gives players more options.

At PUBG we are dedicated to providing new experiences for you, the player, and pushing what’s possible in our genre. We can’t wait for you to experience it for yourself!

Whether you have purchased Premium Pass or not, all players can join together to fill the Community Accomplishment Gauge, then claim in-game skin rewards and unravel the hidden story of Karakin

There are three tracks of Season Missions

Earn Level-up items for the Next Season

Sound segmentation related to the mechanical properties weapons during aiming/scoping

The following items will be added to the Store after Update #6.1 hits live servers: