The past couple or so months have implied that you don’t need a Google Pixel 4, Pixel 3 or Pixel 2 in order to be on the latest software available.

Google’s monthly security updates have faced delays over the recent past for unknown reasons and it seems this isn’t about to stop anytime soon. The latest is the Google Pixel January update that has yet to arrive on multiple models a week after rolling out.

Despite facing delays, some Pixel owners eventually received their November and December security updates. Google promised to roll out a cumulative update this month to bundle the missed security patches, but as it turns out, this update is once again facing delays.

Multiple owners of Google Pixel 4, Pixel 3, Pixel 3a, Pixel 2 and their XL variants say their phones are still on December security patches. The initial January patch started rolling out last Monday and typically, Pixel phones should have picked up the OTA by now.

What’s even worse is that some Google Pixel 4 owners can confirm that their units are still stuck on the October 2019 security patch, which is absurd, to say the least.

As usual, affected Google Pixel owners have taken to Twitter to vent their anger at the big G for the delayed January update, but there isn’t much they can do right now other than wait for the OTA to arrive.

A poll conducted by Android Police shows that more than 13% of about 5,000 voters (at the time of writing) haven’t received their Google Pixel January update while another 13% sideloaded it, probably out of their own preference or after the OTA delayed.

As for Google, whatever is going on needs to be addressed fast. Apart from stock Android, many who buy Google Pixel phones are timely software update junkies who easily freak out in the event of a couple of day’s delay.

These continued delays in rolling out monthly security updates are beginning to paint a different image on Google Pixel phones, something Samsung seems to be relishing. 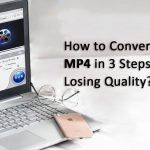