MIUI, the (in)famous Android skin developed by Xiaomi, is no doubt inspired by iOS. Right from the no app drawer concept to the UI elements, the similarities are endless. The Chinese OEM, despite being a copycat, did introduce plenty of useful software features.

For example, a native tool for editing screenshots is quite new in stock Android, while MIUI has it for a quite a long time. Xiaomi also bundled an innovative way to share the credentials of a hotspot (i.e. SSID and password) in the form of QR code.

Apple made it quite simple between iPhones (or iPads). The wizard automatically notifies you to share your Personal Hotspot details with another device running iOS/iPadOS when it attempts to join it. From the perspective of the end users, they just need a tap.

Unfortunately the above procedure is not applicable if you want to share the same with an Android phone. Don’t prefer all the tedious steps to find out the password and enter it manually? HotspotQR to the rescue!

As you can see, this nifty jailbreak tweak adds a new ‘Generate QR Code’ button below the original Personal Hotspot toggle switch. Like MIUI, it would display a pop-up with the QR code, so that your friend can scan it from their Android device.

Developer KingPuffdaddi is the brain behind this gem, although you can’t find it under his own repo. Head over to the BigBoss repo to grab this free tweak. The latest available version is 1.1, but iOS 13.3 is reportedly having some compatibility issues with this tweak.

No need to worry though, as the developer is aware of the situation. Version 1.1.1 should release soon with the fix needed for iOS 13.3 compatibility.

Do you think Apple should bring this feature in the next iteration of iOS? Let us know by commenting below. 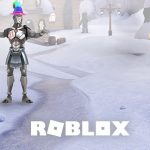