We reported a few days back about the EMUI 10 based on the Android 10 beta update going live in China for Honor 8X. Moreover, there are some criterias, like you need to be on the latest software version in order to get the latest beta push on your device.

After the beta recruitment went live in China, it was expected to push out for other regions as well. And in a recent development, EMUI 10 (Android 10) beta recruitment is now finally live for users of Honor 8X in India.

The device comes with 64/128GB of onboard storage options, features a dual rear 20+2 MP camera setup and a 16 MP selfie shooter. You get a rear-mounted fingerprint scanner as well.

The beta recruitment started a few days back and you could enroll yourself for this beta program via the official Beta app of Huawei. You just need to sign in with your Huawei ID, check for the project name for Honor 8X.

Please note that since the seats were limited, registered users have already started getting the first beta build of EMUI 10 (Android 10) update in India. It arrives with version number 10.0.0147 and weighs in around 3.43 GB in size.

So, it is recommended that you use a stable internet connection for avoiding any issues while downloading. The update packs in all the EMUI 10 goodies and below is the official changelog along with the screenshots of the update prompt:

Performance: stable and smooth
– GPU Turbo
Improves the smoothness and stability of the system when playing games.
– Phone Clone
Improves the connection and cloning speed.

Security: more secure data and privacy
– Formally verified microkernel
Uses Huawei’s own self-developed microkernel design, certified as the most secure OS kernel for commercial use.
– Distributed technology
Improves connectivity when connecting to other devices, as well as when transferring files between and storing data on other Huawei devices.
– Privacy protection
Supports app sandboxing capabilities for standardized app permission management and more secure data and privacy protection.

Media and entertainment: more fun
– AppAssistant dropzone
Adds a dropzone for AppAssistant, allowing you to quickly access services such as game acceleration and do-not-disturb.

As already mentioned, the update brings in all the combined goodies of EMUI 10 as well as the Android 10 OS. Shared by one of the users, from below images, you can find the noticeable changes in the UI: 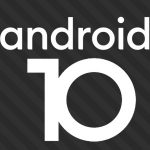 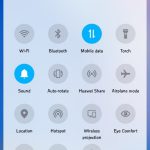 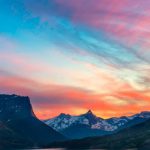 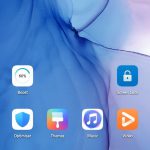 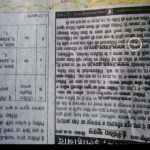 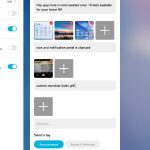 Let us know in the comments below if you also were successful in grabbing the first beta build of EMUI 10 based on Android 10 on your Honor 8X smartphone.

In a recent development, according to an official tweet by Honor India, the stable Android 10 update for the Honor 8X can be expected to be pushed by the third week of January 2020. You can check out the official statement below:

We are at the final stages of releasing the software, the stable version of Android 10 release can be expected by third week of January 2020. We will keep you in the loop once we have more information about the stable Android 10 rollout for the Honor 8X.

Finally, the EMUI 10 stable update based on Android 10 is rolling out for the Honor 8X. The update brings in all the EMUI 10 and Android 10 specific features along with the December 2019 security patchset. You can read the whole story here.