Saint Seiya: Knights of the Zodiac (Original) is now available on Netflix with English dub

The original Saint Seiya: Knights of the Zodiac episodes 42-73 are now available on Netflix with English dub. Toei Animation just posted the news on their official Twitter account. The release of these episodes finally completes the original first season of the animated series.

The first 41 episodes of the original Saint Seiya were released on Netflix with English dub in 2018. However, Netflix inaccurately labeled them seasons 1-3, when the original series had 73 episodes in season 1 alone. There has been a brief commotion regarding this but the Netflix release of the animated series still proved to be a success. Saint Seiya is a Japanese manga series written and illustrated by Masami Kurumada. It was serialized in Weekly Shonen Jump in January 1986 and has continued until 1991. The series accumulated 28 volumes with the last one released in April 1991. The plot follows the story of an orphan named Seiya who discovers an inner power called Cosmo. He was then sent to Greece to obtain the Pegasus Bronze Cloth and participate in a tournament called Galaxian wars. He was then chosen to be one of Athena’s 88 guardians called saints, hence the title Saint Seiya.

Since its serialization in 1986, the manga quickly amassed popularity from its readers and the first anime adaptation aired in October of the same year. Both the manga and animated series became a huge success in Japan in the 80s. The concept of Saint Seiya is greatly influenced by Greek mythology. The central figure of the story is Athena. Athena is the firstborn of Zeus who inherited the earth from her father. She has since then protected the peace and love of humanity. To aid her in this task, Athena selected 88 warriors whom she calls saints. The saints have the power called Cosmo which gives them the ability to harness the energy of the universe. Each saint is then given a special armor called Cloth.

Together, Athena and the saints protect the earth and humanity from harm. The manga has been adapted into a TV animated series by Toei from 1986-1989. Since then, there have been several spin-offs created with the original artwork concept. Those spin-offs were mostly released in a short-manga series or original anime TV series.

With its successful re-release in 2018, Netflix created a CG-animated remake of the series. The CG remake follows the general narrative storyline of the manga as the main source material. However, several changes were also made. The most prominent change is that gender change of a major character, Shun. Shun’s gender change generated negative reviews. But as a whole, the series remake has been a success so far. Season 1 consists of 12 episodes with the first six episodes released on July 19, 2019. The second part consisting of episodes 7-12 is scheduled to be released on January 23, 2020.

Weathering With You releasing in US & Canada in coming week 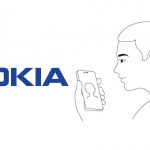 Face Unlock missing on your Nokia phone after Android 10 update, here's why