Big Ant Studios, which is popular for the development of sport-based games are coming up with a new title & it will be called AO Tennis 2 ( Australian Open Tennis 2). It’s prequel was released in 2018 and it was the first official licensed game of the Australian Open.

AO Tennis 2 has been made under the partnership of Big Ben & Big Ant Studios. The game has been developed in close collaboration with the tournament organisers. AO Tennis 2 will give players & fans, a chance to enjoy the Grand Slam in the virtual world. 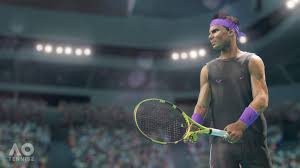 Big Ant Studios’ official Twitter handle has also shared a video that shares the story of MoCap Guy, an enigmatic hero who has brought all the animations of AO Tennis 2 to life. Have a look at the video down below.

Also, in a developer diary video, devs have explained the all-new narrative-driven career mode. The video has also explained the Reputation System & how it will work in the game. You can check the video down below.