One UI 2.0, which is based on the latest Android 10, brings in a lot of cool new features for the compatible Samsung models. Moreover, the beta updates have been consistently pushed for the Samsung devices.

With this latest version of One UI, Samsung has brought in features like new gestures, redesigned camera user interface, built-in or native screen recorder, Digital Wellbeing and more.

However, there is one more feature that can be found in the new generation Galaxy devices i.e. the Samsung Dex for PC support. And 2018 models of the Samsung Galaxy phones were waiting for this for a long time.

But, it seems like the wait is now over, as, in a recent development, Samsung has extended the DeX for PC support for the Galaxy S9/S9+ and Note 9 devices via the Android 10 update.

For naive, DeX allows the user to connect the Galaxy device to a big screen and conveniently multi-task using a mouse and a keyboard. You can also enjoy your smartphone games on the big screen, drag and drop photos and files between your PC and Galaxy device, easily.

Matter of fact, users of Galaxy S9/S9+ or Note 9 do not require to run stable Android 10 update because DeX for PC can be used on the Android 10 beta update as well.

Let us know in the comments below if you have tried the Samsung DeX for PC on the Galaxy S9/S9+ or the Galaxy Note 9 device. 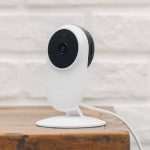