Developer and publisher of popular games like Exodus: Proxima Centauri and Reiner Knizia’s The Confrontation, Offworld Games has officially called the game over for them. Established in 2010, and originally developing for iOS, Offworld Games has been known for creating strategy games.

Back in 2018, Offworld Games partnered with NSKN Games develop Exodus: Proxima Centauri on platforms like PC, Mac, and iPad.

However, for past some time, things were seemingly not going well for the game developer/publisher. As you may know, the server/website has been offline for months now. But there was yet to come an official word.

But today, the official group for Exodus: Proxima Centauri at the steam community was updated with an announcement post stating that Offline Games has pulled the plugs on operations.

Here’s what the announcement reads:

We’re sad to say that Offworld Games is shutting down operations. The servers have been offline for a few months now (local games only) and as of last year the license has been rescinded as we prepared to close down.

There was a lot more that we hoped to achieve with Exodus but we hope that at least it introduced some new players to an awesome title. Be sure to check out the physical version as the expansions are pretty fun too.

While Offline Games has spoken on the matter, so the picture is clear, there is yet to come clarity regarding the shutdown of some of the other popular games like Minecraft and Roblox, rumors regarding which have been spreading like wildfire for past some days. 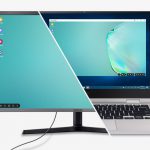