Crostini now available for Broadwell-powered Chromebooks on v4.14 kernel, might come to Skylake after all Chromebook is the go-to gadget to those who doesn’t want to exploit the immense power of a computing rig. For the light activities like browsing the web, a Chromebook does serve the purpose very well. But with Chrome OS 69, Google upped the game to a whole new level.

Crostini came to the platform with version 69, which is a no-hassle way to run Android applications on Chromebook. Intended for developers, it liberates the gadget from being a mere powerless machine to one with utmost usability. You can’t use Crostini on all Chromebooks. Due to the limitations in hardware, a 32-bit ARM chipset doesn’t permit you to grab that. Extending the incompatibility list are others with older Linux kernels for Chrome OS.

In case you happen to have Broadwell processor, it’s time for you to cheer up. On an official Chromium webpage, we could spot a commit confirming the availability of Crostini on v4.14 kernel. What they used is Google Chromebook Pixel (2015) (codename- Samus).

What if you don’t have Chromebook Pixel 2. Well, going by trending posts on different social media channels, you can technically get the attribute on other Broadwell-powered devices too. Have a look at a few examples below.

Does that mean Skylake users have to cry in a corner? No, we hope not. There is a year old (idle) thread about Crostini support for Skylake on Chromium bugs forum. A Google Software Engineer added to the issue a day ago. Let us hope it to turn into something fruitful.

Note:- Interested in more coverage on Chromebooks? Have a look at our Google section. 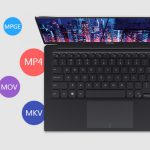 How to convert any DVD to MP4, AVI or other video formats in 5 minutes