A new update for Pokemon Go is going live and the latest update to the game bears the version number 0.163.4. Well, speaking of Pokemon Go, it is an augmented reality game that is based on the Pokemon series. The game was released in 2016, and since then the game has been running strong.

Over the last few days, many users have been experiencing issues with AR mode. Earlier, in an official blog post, Niantic stated that they are investigating the issue & looking to resolve the problem at the earliest.

Apart from this, Pokemon Go Adventure Sync Hatchathon has returned to the game. The event started on Thursday, January 2, 2020, and will stay live until January 16, 2020, at 1 pm PST. Players will be rewarded with Stardust, Rare Candies & Unova stone for walking the distance.

In addition to this, Heatran has also started appearing in Raids. Heatran returned will start appearing in raids on Tuesday, January 7, 2020, & will stay live in raids until February 4, 2020, at 1 pm PST. Heatran will appear as a Tier 5 Raid Boss. If you are lucky, you may encounter Shiny Heatran.

Well, as the month has changed, new Field Research Tasks have also gone live for the game. Also, players can help Professor Willow with new special research tasks and can take down the villainous group. Players can take this opportunity to fight Giovanni & save the Legendary Pokemon, Shadow: Moltres.

In addition to this, there are also reports that some new Unova region Pokemon might come to the game soon. However, Niantic has not shared any official date for it currently. 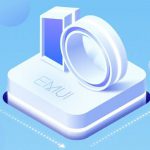