Samsung has been quite busy in rolling out the beta and stable One UI 2.0 (Android 10) updates for the past few months. Expect some new year gifts and surprises, as the Sprint carrier variant of the Samsung Galaxy Note 10 family is reportedly receiving the latest Android 10 (One UI 2.0) update.

Notably, the US unlocked variants, T-Mobile, AT&T and Verizon carrier models of Galaxy Note 10 have already been served with the Android 10 update.

We all know that Samsung is not a name to reckon when it comes to the roll-out of timely OTA updates. But, for a change, the year 2019 was great for Korean OEM users as most of the devices were timely upgraded.

And if you are the owner of Sprint Galaxy Note 10/10+ then, you are in for a treat. The One UI 2.0 which is based on Android 10 brings in a lot of cool new features like the new gestures, new camera designs, built-in screen recorder, Digital Wellbeing and more.

Talking about the update, it arrives with the version number BSL7 and also brings along the December 2019 security patchset along with all the goodies of Android 10 and One UI 2.0.

The update weighs in a massive 2.26 GB in size for the Galaxy Note 10+ and should be similar for the regular model. We would recommend you using a stable Wi-Fi internet connection for downloading this update.

At the time of writing this post, when we checked the official update trackers for both the Galaxy Note 10 and 10+, they were yet to be updated:

However, as for the BSL7 update, we were able to grab the update package file with the help of the Frija Tool. In layman’s terms, this tool downloads the firmware file directly from the Samsung FUS (Firmware Update Server). You can read in-depth about the Frija tool by heading here.

Note that the update is being pushed via OTA and will take some time to hit on your device. However, users can manually check for the update notification by heading to System>>Software Updates>>Download updates manually. 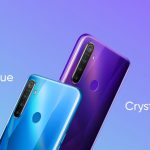