Pokemon Sword & Shield game is one of the most popular games of 2019. The game was released on November 15, 2019, and it is only available on the Nintendo Switch Platform. Pokemon Go Sword & Shield features the Galar region & has introduced many new Pokemon to the franchise.

Apart from Galarian forms, Pokemon Sword and Shield also introduced Gigantamax forms to the game. However, the Gigantamax form can only occur when the Dynamax form of Pokemon is active. Also, Pokemon should be engaged in a max raid battle. Cut to now, many players are finding it difficult to locate and evolve Doublade Pokemon in the game. Speaking of Doublade Pokemon, it was introduced in Generation 6. Doublade is a Steel-Ghost type Pokemon, and it is a first stage evolution of Honedge. Doublade can also further evolve into Aegislash. 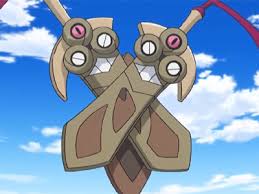 But firstly, let us find out, where you can find Honedge, Doublade and Aegislash in the game. Well, players can locate Honedge by going to Hammerlocke Hills in the Wild Area. There is a 44% possibility of finding Honedge in foggy conditions. Aegislash can be found at the following locations : Giant’s Cap, Watchtower ruins. In order to evolve Honedge, players just need to level it up to 35. For the evolution of Doublade, players need to have a Dusk Stone.