Its been four months since Google released the stable version of Android 10. To date, a good number of devices from major vendors have already picked up the OS.

Matter of fact, nearly all high-end devices released this year have been upgraded to Android 10 and now attention is turning to older models. Samsung, for instance, has just started rolling out the stable Galaxy Note 9 Android 10 update in India.

Considering the massive number of smartphones Huawei/Honor has on the market, the EMUI 10 update rollout is never going to end anytime soon. In fact, we are likely to see the rollout continue well into Q2 or even Q3 2020.

But it seems the wait for stable Android 10 on the Honor 10, Honor V10 aka Honor View 10 and Nova 4 is about to come to an end. The three have been testing EMUI 10 beta for several weeks now.

However, the program was limited to a few owners of the three handsets in various markets, including outside China. As from today going forward, though, EMUI 10 update is now available for public beta testing, at least for those in China.

Below are the base software versions needed to get EMUI 10 update on your Honor 10, Honor V10 or Nova 4 ahead of the rest:

Both the Honor 10, V10, and Nova 4 are receiving their Android 10 beta updates as EMUI 10.0.0.151. Huawei says those who didn’t make the cut in the internal beta testing program and never deleted their info should be first in line to receive this EMUI 10 public beta update.

But as noted, the update is also available for those coming from EMUI 9.1, but be sure you have the required model number of the device and base firmware before submitting your interest. FYI, this update also brings the December security patch to the three handsets. 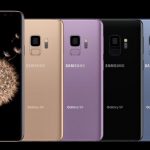