Samsung flagship devices are probably the most important reasons for the brand’s top performance throughout every year. Although this year, the Korean OEM tried to break this barrier and introduced several mid-range and budget devices.

These phones are not only carrying a competitive price tag, but also equipped with better specs as compared to the previous generation Samsung mid-range or budget devices.

Moreover, Samsung has also been quite busy with the rollout of security updates and we can see a drastic improvement in this department from the OEM. Besides, they also have been occupied with the push of the One UI 2.0 (Android 10) update.

And in a recent development, Samsung Galaxy S9 is being served with the Android 10 based One UI 2.0 4th beta update in Korea. Notably, the update chips in several bug fixes for the device.

Talking about the beta update, it arrives with the build number ZSLG and weighs in around 341.74 MB in size. Keep in mind that this update for the Korean users also packs in the January patchset.

In fact, a few days back, we reported that the same build was released in India and some other countries as a hotfix for the 4th beta along with the January patchset.

Coming back to the new update arriving in Korea, below is the official changelog along with the screenshot of the update prompt:

Keep in mind that the update is being pushed via OTA in batches and will take some time in hitting all the units. However, you can manually check for the update by heading to Settings>>Software Update>>tap on Download and Install option.

Now that the 4th One UI 2.0 (Android 10) beta update has also gone live for the Korean users, the stable update is expected to come out for the Galaxy S9 users pretty soon.

We will keep you in the loop, so stay tuned! 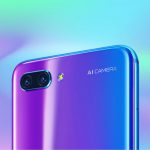