digiD8 dating app matches based on DNA, but some worry it's eugenic

Dating apps is one of the most popular categories among applications. The market is flooded with dating apps that allow users to find a match based on educational qualification, family background and more. However, most of these apps offer similar features with little or no uniqueness.

But, a new dating app in development claims to be very different from others, and has already created quite a controversy. This new dating app, called digiD8, is the idea of Harvard University geneticist – George Church.

This app is named after the startup behind it digiD8, which was incorporated in September by Barghavi Govindarajan. As per Barghavi’s LinkedIn profile, she is the co-founder and CEO of digiD8. The company or the app’s name is inspired by D8, which is an internet slang for date.

What makes this app different from others (and controversial as well) is that it matches based on the users’ DNA. Yes, you read it right – DNA. Church recently discussed about his DNA-based dating app while talking to CBS “60 Minutes,” suggesting digiD8 is good for the human race. Church says that his app will help prevent users from being matched with others having some genes that could result in rare genetic diseases. These rare diseases could be cystic fibrosis, which leads to chronic lung infections; Tay-Sachs, which impacts brain and spinal cord nerves; down syndrome; sickle cell anaemia and more.

Most people have a mutant gene, which is different from the usual gene. And, this mutant gene gets passed on to the kids they have. Presence of one such gene does not result in a disease, but two copies of the same gene could cause sickness.

This means, if a child inherits the same mutant gene from both parents, there are more chances of the child to be born with a disease due to the mutant gene. This is what Church aims to eliminate with his DNA-based dating app. Church said on “60 Minutes”:

About 5 percent of children are born with a severe genetic disease, and so that means you’re compatible with about 95 percent of people

Though Church’s concept of a DNA-based dating app appears noble, critics have valid points against the app as well. Critics mostly argue that such an app would promote eugenics, a philosophy of promoting selective breeding to develop a superior human race.

Critics have one more valid point against digiD8. According to the critics, if such technology falls into the wrong hand, it could be used for unlawful or unethical purposes as well.

For instance, some may use the technology to locate people with a gene for gender dysphoria and eliminate or discriminate against trans people, people of different color or those with other types of disabilities. Vardit Ravitsky, a bioethicist at the Université de Montréal, said in a blog post:

So I guess this means wiping me out along with millions of other disabled people. Ever considered that having a disease doesn’t mean a life that’s tragic or full of suffering?

Another concern related to this DNA-based dating app is the confidentiality of the data. It is possible that the app’s data falls into the wrong hands, breaching user privacy. Church, however, assures total privacy of the data.

According to Church, even the person submitting the data won’t know about his or her DNA results. Talking of how digiD8 works, users will have to submit their saliva sample to a lab, which would then run genetics tests on the specimen to find out the genetic diseases the user may have.

Thereafter, the app uses that data for the match making, or, we can say matches to a user who doesn’t have those same disease genes. This lowers the chances of the disease being passed onto the future children.

Further, defending his app against accusations of promoting eugenics, Church argues that digiD8 in no way is related to eugenics as it does not promote forced sterilization, breeding, and extermination. Also, he argues that his app is open to all, and is not against “not so serious diseases” that are helpful in ensuring diversity.

But if [a baby] has some very serious genetic disease that causes a lot of pain and suffering, costs millions of dollars to treat and they still die young, that’s what we’re trying to deal with

Advocates of Church’s dating app say it is similar to genetic counseling, which some couples already make use of. Critics, however, argue that while counseling help couples decide whether or not to have a baby, the digiD8 would prevent users from meeting in the first place. A point to note is that Church’s dating app concept is not a new thing. Pheramor is also a DNA-based dating app that uses DNA swab tests and algorithm for match making. The app is now over a year old, but its number of users is nothing when compared to the usual dating app such as Tinder and Bumble.

Church’s digiD8 is still in the development phase. But, considering the controversy and buzz it has already generated, it will be interesting to see whether or not this app makes to the real world. And, if it launches, the response to it, as well as, its impact on the society will be something to watch for.

Do let us know in the comments section below, what you feel about such DNA-based dating app. 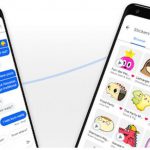 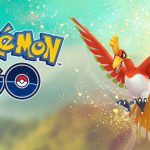