Google Chrome is the world’s most popular web browser, but the app isn’t your usual web browser. In fact, most of us use Chrome with very little knowledge of how powerful it is.

Google has hidden tons of features with different functionalities in Chrome that you can only know much about if you are a developer. The search giant split Chrome’s development process into four “release channels” namely Stable, Beta, Dev, and Canary.

As you may have guessed, the Stable channel is the regular version that everyone can install from the Google Play Store, for instance. Although Beta is also available in the Play Store, it carries the new stuff that probably works. Of course, the Dev channel, as the name suggests, is an even less stable version meant for developers that gets weekly updates. And finally is the Canary channel, which is Chrome’s experimental model.

Although Chrome Canary has a familiar interface, it packs features that may or may never materialize. And since Canary updates are usually unstable to a point of breaking down completely at any time, Chrome Canary isn’t one to use as your default browser.

On the brighter side, Chrome Canary is the one that early adopters looking to explore new features being worked on should install. This is also where changes that implement bug fixes begin, meaning you get access to patched-up versions way ahead of others.

This is the unfortunate bit about the Google Chrome Open Tabs sync issue between iOS and macOS devices. Owners of these devices say the Open Tabs sync feature is broken, but it works fine when syncing between other devices, Windows PC, for instance.

I have a windows desktop and an iPhone and iPads that all have chrome. The iPad and iPhone both sync tabs with the windows machine but not with each other. Any ideas how I can fix this?
Source

Driving me crazy too!. Bookmarks are syncing, but tabs are not. I can only see my Windows open tabs on all devices, but not my ipad or iphone tabs.
Source

Now, even though a fix is available, it’s still limited to Chrome Canary. This means that it will have to journey through the various release channels before hitting the stable channel for everyone to get the fixed version.

The fix is only in the latest canary. It has not been cherry-picked yet because of the various issues raised by this fix (crash, and DCHECK)
Source

How long it takes for Google to implement the fixes and release the patches to the beta and later stable channels is anyone’s guess, but we hope the next Chrome stable update addresses the issue. 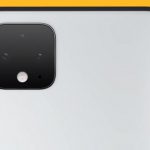 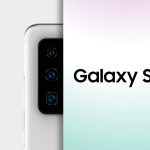