Today, we have multiple options to consume media content. Apart from the options available for free, you can subscribe to any services (Netflix, Disney+, Hulu, Hotstar, etc.) to devour your favourite shows and movies.

You might have subscribed to at least one of them. And as you know Disney+ is a significant over the top media service that offers shows from Disney, Pixar, Marvel, Star Wars, National Geographic and more. You can watch videos on television in plenty of ways. Of course, the traditional cable and set top box options are available. Besides, you can leverage wireless connections to stream straight from the web. And, another option is casting, which most smart televisions support by default.

However, non-smart TVs need something like Chromecast. It just lends an extra feature so that you can get whatever playing on the phone to the big screen. Services like Netflix and Disney Plus offer in-app button to do this.

Guess what? Disney+ users are finding it difficult to cast their favourite content to television. For most of them, a video not found error is getting displayed on the television. Have a look at a couple of user compliants.

Contacted Disney and Google regarding this issue. Chromecast works just fine with all other apps as well as with the phone and computer. It’s obviously a Disney issue, but they are useless in providing an answer why. Either the first generation chromecast isn’t supported at all or we’ll have to wait for a patch in future. Don’t waste time asking disney about it, you’ll just end up being asked if you’d reinstalled the app over and over and over again.
(Source)

The concerns we could collect from Twitter (and Play Store) indicate the expanse of the problem. Apparently, they are having no issues casting from Netflix or any other service. We are not yet sure of its origin, though.

@DisneyPlusHelp
Very often not possible to watch Disney+ with Chromecast. I have never this issue with Netflix. Please improve Chromecast.
(Source)

The reply from a Google community forum expert shows their team is aware of this particular issue. So, we can expect a fix soon if it’s happening due to glitch from the actual Chromecast hardware.

Though video not found error has started surfacing recently, customers were condemning (1, 2) the platform for poor user experience since long.

Note:- Stay tuned to this story so that you will know when the fix goes live. 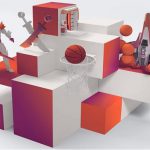