Call of Duty Mobile also achieved the feat of crossing 100 million downloads within a week of its global launch. Call of Duty Mobile features many fan-favorite maps which include the following: Nuketown, Crash, Killhouse, Hijacked, and Crossfire. 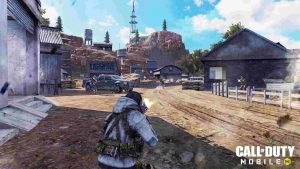 The game also features a Battle Royale mode, which unlocks at a certain level. Call of Duty Mobile has also included a Battle Pass System, which is similar to Fortnite & PUBG. Its premium pass costs 800 CP, whereas its Premium Plus Pass costs 2000 CP. The game features 200 tier & players can unlock new cosmetics & rewards by progressing through tiers. Cut to now; a few new leaks have surfaced online regarding Call of Duty Mobile. As per Call of Duty Mobile Info Twitter handle, Goliath streak will arrive for the game. Also, Zombie mode will be renewed with a new map called TranZit along with some new Bosses. A new Battle Royale map is also currently in development. The Battle Pass will feature five new weapons at different tier levels. A new lobby is also coming to the game, which is similar to Modern Warfare. Have a look at the leaks that have been translated from Spanish to English. However, we should only take these leaks with a grain of salt as these cannot be believed for 100%