Qualcomm recently introduced the Snapdragon 765G SoC. This mid-range processor is intended to bring 5G connectivity to mid-range smartphones. In fact, many different smartphone OEMs like Realme have started teasing their upcoming smartphones that will be powered by the SD765G SoC.

Thanks to the popular benchmarking platform Geekbench, an upcoming Sony Xperia smartphone codenamed as K8220 has been spotted. The before-mentioned Qualcomm Snapdragon 765G SoC will power this mid-range smartphone from Sony. We can expect this smartphone to offer 5G connectivity. The benchmark results of this smartphone also showcase that it will run on Android 10 out of the box. Additionally, this mid-range Sony Xperia smartphone will come with 8 GB of RAM.

As you can see from the benchmark results, the K8220 smartphone has scored 465 points on the single-core test and 1,757 points on the multi-core test. It is worth noting that these scores are based on the Geekbench 5.0.3 benchmarking program.

Unfortunately, the benchmark screenshot doesn’t mention any further information about the specifications and the brand of this smartphone. However, we can conceive that it’s a Sony Xperia smartphone as Sony names its devices with 1 alphabet letter coupled with 4 digits. 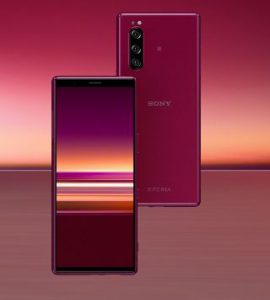 The first alphabet represents the year when a particular Sony smartphone is meant to be launched. On the other hand, the last four digits signify whether the device is a mid-range model or a flagship.

This naming scheme even befitted the Xperia 1 and Xperia 5 as their codename started with J, and they were launched in 2019.

We can expect Sony to launch this mid-range smartphone in the first half of 2020. If this Japan-based tech giant assigns an aggressive price to the K8220 smartphone, then it can provide fierce competition to Chinese OEMs like Xiaomi, OPPO, and Realme.

The next smartphone on the list that has recently been spotted on Geekbench is OPPO A91. This upcoming OPPO smartphone is expected to be powered by MediaTek’s Helio P60 chipset coupled with Mali G72 GPU. Additionally, this smartphone will come with 8GB of RAM, and it will run on Android 9 Pie out of the box.

Luckily the OPPO A91 has also been spotted on the Chinese certification website TENAA. As a result, specs like dimensions, storage, battery, screen resolution, and much more have also been revealed. Previous article OxygenOS 10.3.0 update for OnePlus 7/7 Pro up for grabs (Download links inside)