Jailbreaking opens the door to a whole new world of customisation that is alien to a regular iOS user. Ever since the release iPhone and iPad haven’t allowed their customers to alter all the default options to suit individual interests.

On a jailbroken phone, you can install third party apps and tweaks to increase its usability. For example, we have shared with you Complications, an answer to those who have been looking for a way to install watchOS widgets on iOS lock screen.

Not just Apple Watch widgets, you can also add other widgets on the lock screen. Vieux is another jailbreak tweak, using which you get to fasten OTA downgrades. To record and playback human touching, one should use AutoTouch.

And, CallBar XS helps you minimise the alert screen so that you can indulge in another activity without declining the call. For officially getting this, you have to spend a few bucks akin to majority of jailbreak tweaks.

Do you desperately need a free CallBar XS alternative to shrink the call screen just like on Android? Well, we have found a solution today. Call Assist Bar, irrespective of not being popular in the community, works on iOS 13.

In the above image, the contact name had been blackened. Nonetheless, you can clearly see the Chinese text below that, can’t you? Despite trying multiple times, people couldn’t get rid of it. If you think a few foreign characters don’t bother you, grab the tweak from this repo right away. Moreover, you can also fetch it by adding https://apt.htv123.com/ to Cydia sources. The repository only shows option to add the tweak to Cydia. Still, you can give it a go if you have another package manager on your iPhone/iPad.

Speaking of package managers, Zebra is a rising prospect in this category. Started off as A Useless Package Manager, it just got first release candidate update. And, the developer has promised timely updates too.

Coming back to Call Assist Bar, the comments under this Reddit post read the person behind this jailbreak tweak is a well-known developer in China. So, that explains the Chinese text below the contact name and on the official repo. 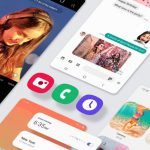