Huawei P40 confirmed to launch by the end of March 2020

The year 2019 is full of problems for the Chinese tech giant Huawei. As you might know, the US-China trade war resulted in Huawei losing its licence to use Android on its smartphones and tablets.

To everyone’s surprise, Huawei is finally making a comeback and the Chinese OEM is all set to announce it’s next-generation flagship smartphone in March 2020.

In a recent interview, Richard Yu, the head of the consumer brand in Huawei confirmed the launch date of Huawei P40 and the Huawei P40 Pro. This interview was taken by a French press in Shenzhen, China. These two flagship smartphones will be initially launched in Paris.

The senior Huawei official also stated that the Huawei P40 and the P40 Pro will get “benefit” from a new “never seen” design. Furthermore, the P40 series will also offer drastic improvements in the camera department coupled with major enhancements in performance.

As of now, there’s not much information available about the actual hardware specifications of Huawei P40 and it’s pro variant. That said, we have accumulated every bit of information that’s available via the leaks and rumours of these two flagship smartphones.

Since Huawei P40 is a flagship smartphone we can expect it to sport a premium construction. Unlike the last time, Huawei might offer a punch-hole front camera design in the upcoming P40 series.

Lately, Huawei has been teasing some images of the Huawei’s P40 series which highlight the companies collaboration with Leica. Undoubtedly, great camera performance is one of the major highlights of the entire Huawei P series. Consequently, we can expect the Huawei P40 to launch with a Penta camera setup.

Lastly, Huawei P40 is expected to be powered by Huawei’s own Kirin 990 5G SoC.

In this interview, Richard Yu also unveiled some important software aspects of  Huawei’s P40 series. He clearly stated that this flagship smartphone will run on Android 10 coupled with EMUI custom skin.

As a result, Huawei won’t introduce its HarmonyOS in the upcoming P40 series. However, Huawei will include Huawei’s Mobile Services on these devices. You can consider Huawei Mobile Service as an alternative to Google’s Play Store.

The Chinese OEM is launching this service to gain the attention of app developers and benefit its own app ecosystem. 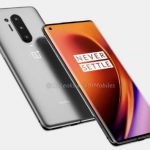