A new update for Pokemon Go has started to roll out, and the latest update to the game has brought many enhancements and bug fixes. The new update bears version number 0.163.0. But before getting the new update, let us talk about the Virizion, which is about to make entry to the game.

Virizion will start appearing in Raids on December 17, 2019, and will stay live in the game until January 7, 2020, at 1 pm PST. Virizion will come into raids with Raid Boss CP of 39601 and is super weak against flying-type Pokemon and is also vulnerable to Psychic, Fairy, Fire, Ice, and Poison-type Pokemon. 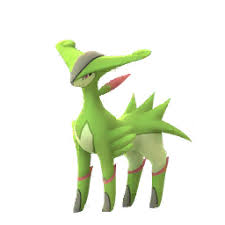 Cut to now; data miners have revealed all the upcoming content with the update 0.163.0. The latest update to the game has brought a new loading screen to the game, which features the following Pokemon: Snorlax, Munchlax, Psyduck, Eevee, Pikachu, and many others. Pokemon Go update has also brought the ‘Buddy v2’ feature to the game. Mentioned below are the complete details that will come along with the game update 0.163.0. It’s been coming for a while but this updated added A LOT of new code relating to the new buddy feature. (Well over 4000 lines in fact!) So we’ve broken it down into sections but one thing to mention first

It would appear you buddy will be able to ‘Cameo’ in certain scenarios. It could be similar to photobombing or something completely different.

Your Buddy can Cameo in the Wild, Quests, Raids & Rocket Battles

Buddys have 5 levels to work through

and you’ll get a nice popup when you level up

Your buddy will have several levels of emotion

This may also be split down by category

Your emotion levels will decay over time

Don’t upset your buddy, they have feelings and might even hate you

Affection also looks like it may gain a daily streak like catches and spins, but also has a limit

There’s a lot of activities you can do with your buddy. They want to be involved with you as much as possible

Souvenirs don’t appear to do anything but can collected and added to a ‘collection’ buddies can also find loot, which appears to be normal items

Much like raids, catches etc, the game is tracking what you do with your buddy so it can be used for future quests (E.g. Feed your buddy {x} times)

Your buddy is going to track almost everything you do with it from the normal, distance and battles to the new like Hearts earned and Souvenirs collected.

You buddy wants to take you to some special POIs, while we don’t know how these will be decided your buddy will navigate you towards them, for some bonus

With this update you won’t be able to swap your buddy as often. In fact you are limited to doing this once per day

We have a new badge added for best buddies!

Accompanying the new buddy system is the new AR system too. This will allow mutliplayer in AR mode where you’ll be able to see other trainers Pokemon though your AR too as well as set up group photos.

It will still be location based too(which makes sense consider it syncs locations so everyone is seeing the same thing) and more errors as to why you wouldn’t be able join the AR multiplayer lobby.

You’ll also be able to rotate and pose your buddy and maybe even emote them but we don’t know how much control the player has over this.

Genders have finally be added to the trading screen so you can make sure you really are getting a Female shiny Snorunt and not a male.

We already showed the new forms coming soon (PARTY WURMPLE IN THE HOUSE!)

We saw 2 conflicting bits of information but they do hint towards the release date, either January or sometime in spring.

Several new items and assets were added – you can view them all here https://imgur.com/a/tGcVQ2o

It appears the Pokemon search code has been updated. However the terms 1*,2*,3* & 4* have stopped working so hopefully Niantic fix this soon.

We also saw the following added

Which could mean we’ll able to search by the amount of candy you have or how far it’s been walked (Looking at you Eevee) and if it’s a best buddy.