Fortnite Star Wars Live Event : Start time and How to watch it ? Fortnite’s Star Wars Event will finally go live today. The collaboration of Epic Games & Star Wars is taking place to promote the film, The Rise of Skywalker. The movie will conclude the epic saga & its exclusive scene will be screened at Risky Reels location.

Fortnite Star Wars event will take place on Saturday, December 14, 2019, at 1:30 pm ET. Players can watch the Fortnite Star Wars Live event on a screen located at Risky Reels’ location. Players should log in 30 minutes before the start of the event, as usually heavy traffic during live in-game events increases the time to load the game. Epic Games is also giving a free glider to players who will tune in to watch the exclusive “The Rise of Skywalker” clip. Have a look at the official tweet, which confirms the same. Apart from this, a few leaks from data miners also suggest that a new Limited Time mode featuring lightsabers will also be included in the game to promote the “The Rise of Skywalker” film. Have a look at the leak, which suggests the same. Apart from that, Fortnite’s latest update v11.30 has also added new mechanics to the game. With the latest update, console players were able to play & enjoy the game in the split-screen mode with their friend. The new split-screen feature is currently not available on Switch, PC, or mobile platforms.

However, the new split-screen feature has been temporarily disabled in the game due to an undisclosed bug. No official date for its return has been confirmed yet. Have a look at the official tweet down below. Fortnite Season 11 has also added some new features and elements to the game. In Fortnite, Season 11 players can carry their downed teammates, and they can also heal them with the help of a new weapon called Bandage Bazooka. 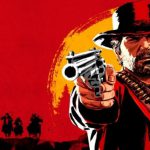 Red Dead Redemption 2 Photo Mode now available on PS4, Xbox One to get it next month