After weeks of rumors and leaks, Xiaomi’s brainchild Redmi finally took the wraps off the Redmi K30 and its 5G sibling in China on December 10, becoming the company’s first with a 120Hz refresh rate on the gigantic 6.67-inch panels.

The Redmi K20 came around in June this year, meaning it took half a year for Redmi to give it a successor. Is it a worthy successor? Well, on paper, yes, but you can have all the answers after taking the phone for a ride.

Apparently, it won’t be long before India gets the Redmi K30. The brand has seen massive success in the Asian sub-continent and it’s no wonder the K30 is also headed there.

Unfortunately, we don’t know when the Redmi K30 will leave the Chinese market. This also means that anyone who wants to try the phone right now will have to ship it from China and this one will be running on MIUI 11 China ROM.

The pre-installed version is MIUI 11.0.4.0.QGHCNXM, but today, the device is already receiving its first OTA update as V11.0.5.0.QGHCNXM. It weighs in at 241MB and it brings some improvements to the system stability by reducing lag.

Instead of waiting for the OTA, those who already have the Redmi K30 at hand can also grab the firmware from the link below and install it manually.

Elsewhere, the global Redmi 8A is receiving a minor bug-fixing update to MIUI 11.0.2.0.PCPMIXM that weighs in at 265MB. Below are the changes the new update brings to the 8A.

Like the Redmi K30 update in China, the Redmi 8A is also receiving the new update over the air, but rather than wait, we have the download link for installing the new firmware manually right below.

The most recent Redmi 8A update brought the November security patch, so it’s hard to imagine that the incoming OTA will bump the patch level to the latest December 2019. Still, do let us know in your comments below once you install the update.

NOTE: We have more Xiaomi-related coverage here. For Redmi-specific stuff, you may route here 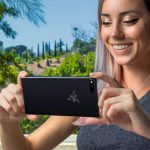 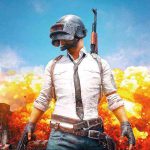 PUBG update 5.3 allows players to save settings to cloud