Every time you get an incoming call on your iPhone, you need to leave what you have been doing because the alert takes over the entire screen. For a person who used Android in the past, this might sound absurd.

But as long as you own a jailbroken iDevice, you won’t have to worry about it. And not only that, jailbreaking opens a colossal of customisation possibilities before you, be it NFC Shortcuts automation or adding widgets directly to the home screen or anything else the native OS can’t offer.

For starters, jailbreaking is a process through which one can gain access to an advanced level of control over iOS. Meaning, you can change the filesystem in a way that the raw platform doesn’t allow. Apparently, you do it to increase the usability of the device.

In our routine search to get you a useful jailbreak tweak, we got our eyes hooked at Oriental. It helps you enable screen orientation lock on iOS 13. ‘Do I need a tweak to do that’, you may ask! No, you don’t! But, hear this.

You might have gone through small hesitations when you hadn’t had screen orientation locked. By thinking that you have it turned on, you just rotate your phone, not anticipating the display to follow your act. But, it does shift the orientation from portrait to landscape or vice versa.

With Oriental at your disposal, you get a small icon as a prompt at the side of the screen. Tapping on the same will enable the native screen rotation lock on iOS 13. Meaning, you won’t have to do it through the conventional way. Bear in mind that it locks the orientation only to portrait mode.
https://twitter.com/HiMyNameIsUbik/status/1202933608169836544

The jailbreak tweak is now available for iOS 13, only from Packix repo. And, the developer has no plans to extend the support to the other versions. Nonetheless, he has made the source code public on GitHub and anyone can make modifications to bring it to iOS 12 or below. 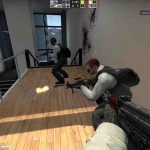