For months, Xperia 1 owners have been ranting about the mediocre fingerprint scanner on the device that has made using it quite an unpleasant experience.

I’ve spent a considerable amount of money a few days ago, buying a phone that I could reliably use for the years to come. What I got is a beautiful screen, unmatched by any other mobile device out there, a comfortable build that feels great in the hand and a fingerprint scanner that is driving me absolutely insane. At this point, I’ve spent at least three hours adding fingerprints, removing them, adding duplicates, cleaning the sensor, washing my hands and desperately searching the web for what I might be doing wrong. The success rate is around 5% so far (yes, I’m keeping score). I’ve probably received more failed attempts in the three days of using this phone than I have using a Pixel 2 XL for the past 1.5 years. I’m on the verge of returning it and I’m desperate for a fix.
Source

Anyone else get non stop efforts no matter how many times you’ve cleaned and or redone your fingerprint? Total garbage sensor. Any updates to software coming that may fox this?
Source

The Xperia 1 fingerprint issue seems to be widespread, although not everyone doesn’t seem to be affected in the same way. Even more interesting is that the same issue is also affecting the Xperia 5 handset.

Apparently, some affected users say resetting the software on the device using the Xperia Companion app should improve the performance of the fingerprint scanner drastically.

But the best part is that someone else got in touch with Sony Germany who acknowledged the issue and promised to address it in a December update.

Hey I asked the german support of sony and they told me that it will get fixed early december. Have the same problem. Lets hope it get fixed.
Source

In case you didn’t know, the Xperia 1 is already receiving the said early December update that also happens to tag along the new Android 10 OS. The OTA also includes a new November security patch as well as plenty of new features and improvements.

The update is rolling out over the air and typically, OTA updates may take several days to reach all units. Today, a good number of Xperia 1 owners haven’t received the update to Android 10, but the OS is coming soon.

When it arrives, you will no longer be able to use the face unlock feature. Apparently, the feature has been removed with the Xperia 1 Android 10 update, leaving device owners with what has largely been a crappy fingerprint scanner as the only biometric authentication method.

On the brighter side, though, it seems the Xperia 1 Android 10 update does some good service to the fingerprint scanner performance, at least according to those who have picked up the OS.

Again, the Xperia 1 Android 10 update has only started rolling out recently, so it’s likely that most people haven’t received the new software with fingerprint improvements just yet.

Even with the fingerprint performance improvements the update brings, we still expect more improvements from Sony on the same in future software updates. We will be keeping an eye on related updates and let you know when they arrive.

Meanwhile, you may check out details of how to get Android 10 on your Xperia 1 right now here. As for more Sony-related stuff, you may route here. Change screen resolution of older (A12) iPhones using this jailbreak tweak with no sweat! 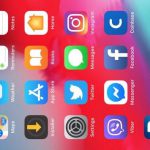