Android device makers have devised various ways they deal with the resource-hungry monster that we all know Android is. HMD Global’s solution, for instance, is christened Evenwell.

As you may know by now, HMD Global is the current licensee of the Nokia brand, which basically means the Finnish company is the company that makes Android-powered Nokia phones – phones that are also based on Android One.

Android One is the closest you can get to enjoy a clean Android experience on any smartphone. This means that no under-the-hood tricks whatsoever, but still, this hasn’t stopped Nokia phones from shipping with Evenwell apps preinstalled. In a statement released in August, HMD Global revealed that all Nokia phones running on Android 9 Pie out of the box and newer will no longer come with any Evenwell service at all.

When our devices that launched with Android N or Android O originally upgraded to Android 9 Pie, we started to gradually disable Evenwell while carefully monitoring end user feedback. Now we have completely disabled Evenwell from our legacy devices so even if you see the solution there, it does not do anything. On our new devices launching with Android 9 P (or later) releases we do not have Evenwell at all.
Source

I have a 6.1 plus with my bootloader unlocked, Im am currently on Android 10 and Evenwell is still present. HMD even changed the package names of some apps… Succ tricks, Much illusion.
Source

Check out the screengrab below that was shared on Reddit.

If you share the same question, someone on Reddit has written a Nokia Debloater script that debloats Evenwell apps from any Android-powered Nokia phone.

Here is an universal script that should work on every Nokia device right from the first-gen devices upto Nokia 9 Pureview… A simple noob-friendly script that debloats your phone from the evenwell apps and soon, Google Apps.
Source

Even better is that the guy behind the Nokia Debloater has promised to make it work for pre-installed Google apps in the future, meaning you could remove any Google app you don’t like.

Newer devices from 4.2 are manufactured by a different partner so they don’t have these Evenwell crap. Option to Debloat Google Apps will be added in the future, Keep an eye out.
Source

You will have to enable USB debugging on your phone, connect it to a PC, and then put the .bat file in the same folder as your ADB before going ahead to run the script. You can find the Nokia Debloater script here and more info on Github. 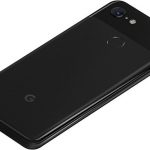 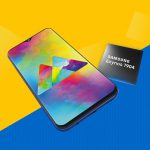