Pokemon Sword and Shield : How to get Gigantamax Snorlax in the game & its location ‘Pokemon Sword and Shield game’ was launched on November 15, 2019, and is available on the Nintendo Switch platform. The game has become the fastest-selling Pokemon game in US history. Pokemon Sword & Shield game has been set up in the Galar region.

Many new Pokemon have been introduced in the Galar region; you can check the complete list by heading here. ‘Pokemon Sword and Shield’ has also introduced Galarian forms to the game and speaking of Galarian forms; they are similar to Alolan forms.

Some Pokemon type modifies due to changes in the surrounding environment. Apart from Galarian forms, Pokemon Sword and Shield has also introduced Gigantamax forms, but it can only occur when the Dynamax form of Pokemon is active. Also, Pokemon should be engaged in a max raid battle.

Speaking of Gigantamax Pokemon, Gigantamax Snorlax is available in now available in the Raid Battles. You can check the video of Pokemon trainer, Austin John Plays for your reference.

By connecting online, players can download the data for Gigantamax Snorlax raids. It will be available as Random Max Raid battles across any den throughout the Wild Arena until January 5, 2020. ‘Pokemon Sword and Shield game currently features the following Gigantamax Pokemon Pokemon Go Sword and Shield feature many Pokemon, and some of them are tricky to evolve. One of them is Applin, and if you don’t know how to evolve Applin, you can head here.

Also, maintenance has been scheduled for the Pokemon Sword & Shield game on December 5, 2019, from 5 pm to 8 pm UTC, which is expected to bring enhancements to the game. 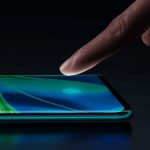 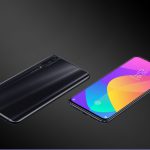